Clarification on provisions given in the Union Budget 2022

Clarification on the various provisions of the Income-tax Act, 1961, given in the Union Budget 2022

Clarification regarding the treatment of cess and surcharge

RELEVANT PROVISION: Sub-clause (ii) of clause (a) of section 40 of the Act provides that any sum paid on account of any rate or tax levied on the profits or gains of any business or profession or assessed at a proportion of, or otherwise on the basis of, any such profits or gains shall not be deducted in computing the income chargeable under the head “Profits and gains of business or profession”.

ISSUE: Certain taxpayers are claiming a deduction on account of ‘cess’ or ‘surcharge’ under section 40 of the Act claiming that ‘cess’ has not been specifically mentioned in the aforesaid provisions of section 40(a)(ii) and, therefore, cess is an allowable expenditure.

It is proposed to include an Explanation retrospectively in the Act itself to clarify that for the purposes of this sub-clause, the term “tax” includes and shall be deemed to have always included any surcharge or cess, by whatever name called, on such tax. This amendment will take effect retrospectively from 1st April, 2005 and will accordingly apply in relation to the assessment year 2005-06 and subsequent assessment years.

RELEVANT PROVISION: Section 14A of the Act provides that no deduction shall be allowed in respect
of expenditure incurred by the assessee in relation to income that does not form part of the total income as per the provisions of the Act (exempt income).

ISSUE: Over the years, disputes have arisen in respect of the issue whether disallowance under section 14A of the Act can be made in cases where no exempt income has accrued, arisen or received by the assessee during an assessment year.
For Example: If during a previous year, an assessee incurs an expense of ₹1 lakh to earn non-exempt income of ₹1.5 lakh and also incurs an expense of ₹20,000/- to earn exempt income which may or may not have accrued/received during the year. By holding that provisions of section 14A of the Act does not apply in this year as the exempt income was not accrued/received during the year, it amounts to holding that ₹20,000/- would be allowed as deduction against non-exempt income of ₹1.5 Lakh even though this
expense was not incurred wholly and exclusively for the purpose of earning non-exempt income. Such an interpretation defeats the legislative intent of both section 14A as well as section 37 of the Act.

It is proposed to insert an Explanation to section 14A of the Act to clarify that notwithstanding anything to the contrary contained in this Act, the provisions of this section shall apply and shall be deemed to have always applied in a case where exempt income has not accrued or arisen or has not been received during the previous year relevant to an assessment year and the expenditure has been incurred during the said previous year in relation to such exempt income.

Clarifications on the allowability of expenditure under section 37

RELEVANT PROVISION: Section 37 of the Act provides for allowability of revenue and non-personal
expenditure (other than those failing under sections 30 to 36) laid out or expended wholly and exclusively for the purposes of business or profession. Explanation 1 of sub-section (1) of section 37 of the Act provides that if any expenditure incurred by an assessee for any purpose which is an offence or which is prohibited by law shall not be deemed to have been incurred for the purpose of business or profession and no deduction or allowance shall be made in respect of such expenditure.
For Example: The Indian Medical Council in exercise of its statutory powers amended the Indian Medical Council (Professional Conduct, Etiquette and Ethics) Regulations, 2002 (the regulations) on 10.12.2009 imposing a prohibition on the medical practitioner and their professional associations from taking any Gift, Travel facility, Hospitality, Cash or monetary grant from the pharmaceutical and allied health sector Industries. Accordingly, CBDT clarified that the claim of any expense incurred in providing above mentioned or similar benefits in violation of the provisions of Indian Medical Council (Professional Conduct, Etiquette and Ethics) Regulations, 2002 shall be inadmissible under section subsection (1) of section 37 of Act being an expense prohibited by the law. This disallowance was directed to be made in the hands of such pharmaceutical or allied health sector Industries or other assessee which has provided aforesaid benefits and claimed it as a deductible expense in its accounts against income.

ISSUE: It is seen that certain taxpayers are claiming deductions on expenditure incurred in offering certain benefits or perquisite to a person which are not intended to be allowed under this section, like meeting his expenditure related to travel, hospitality, conference etc. In these cases acceptance of such benefit or
perquisite by such person is in violation of a law or rule or regulation or guidelines, as the case may be, governing the conduct of such person.

Clarification regarding deduction on payment of interest only on actual payment

RELEVANT PROVISION: Section 43B of the Act provides for certain deductions to be allowed only on
actual payment. Explanation 3C, 3CA and 3D of this section provides that a deduction of any sum, being interest payable on loan or borrowing from specified financial institution/NBFC/scheduled bank or a co-operative bank under clause (d), clause (da), and clause (e) of this section respectively, shall be allowed if such interest has been actually paid and any interest referred to in these clauses which has been converted into a loan or borrowing or advance shall not be deemed to have been actually paid.

ISSUE: Certain taxpayers are claiming deduction under section 43B on account of conversion of interest payable on an existing loan into a debenture on the ground that such conversion is a constructive discharge of interest liability and, therefore, amounted to actual payment which has been upheld by several Courts.

Memorandum Explaining the Provisions in the Financial Bill 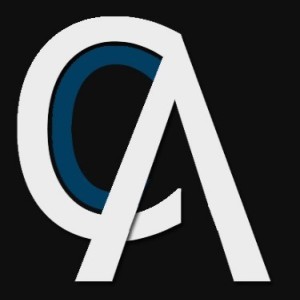 Applicability of e-invoicing and other important provisions

NOTIFYING THE SECTIONS OF FINANCE ACT 2022

Report on Physical Verification of the Registered Office

Cases where filing of the Income Tax Return is mandatory

New sections on Virtual Digital Assets under the income tax